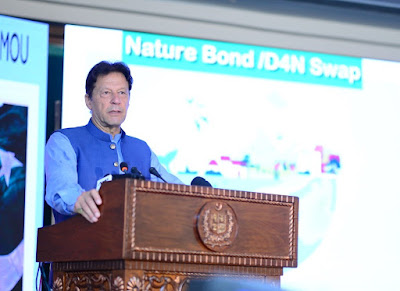 Pakistan is an agricultural country and well known for its fertile land. You know very well that there is now cultivation of wheat everywhere.

So today PM Imran Khan says that the sector of this country’s agriculture is no restriction. So now the government will pay full attention to his department and get noticed.

So obviously this is the duty of the Prime Minister that he took strictly noticed that what is the reason behind this restriction.

So that’s why PM addressing about different sectors of Pakistan about agriculture and some other major topics.

This is natural that every country wants development day by day and development is directly proportional to the economy of its country.

So PM says that our 1st priority is our economic rate but now there are crops of wheat is trending now so as a leader.

As a responsible man of this country, it is my duty to makes development in the agriculture department day by day. And I also introduce you to major facts of the development of this department.

When a person doing a good job then he/she would say to everyone that I do that, I do that. So this government also doing some good jobs PM says that I do a lot of effort about our beloved country.

He says that it has been 2 years ago this government pays all the salaries to all the farmers of sugarcane.

As a result, our country breaks the records over 2 years ago. Our wheat crops cultivate very well and become develop more as compared to before.

As a result of these efforts of PM, the government says that in this era of Imran Khan our crops of rice. And corn also breaks all the records that would never be gain before.