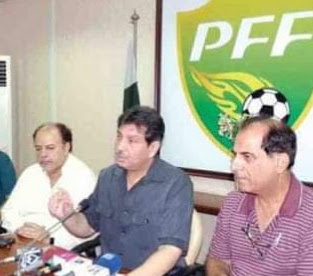 This is the fact that when a person is doing much effort for their country then he/she will be awarded with honorable prizes.
So the former Pakistan football team head coach Akhtar Mohi-ud-Din will be awarded by the IG Motorway Police Kalim Imam, for his working for Pakistan football, tennis & hockey as coach and trainer, this is a great thing that one man can do a lot of work for their country.
Mr. Akhtar was awarded many things and many honorable prizes he will be introduced by a shield in Islamabad(the capital) in the next few days. Mr. Akhtar further says that Kalim had come here the other day and after his proper meeting in Quetta he called me and said me to come to Islamabad.
As he trying to introduce a shield to me to acknowledge my working for Pakistan football. As a coach and no doubt, it this very honorable that he will be doing much effort for Pakistan and he deserves a lot of prizes as well.
Mr. Akhtar doing a lot of work and effort much as he can doing their best for serving Pakistan. So I told him some efforts it includes improving a record of 24 places on the national football team. In the ranking table of FIFA from April 2007 to June 2008 as well.
As a physical coach, he instructs 3 victorious national teams in various fields are in 1992 hockey in Malaysia. In the 1991 Davis Cup in Jordan & 2008 football in Nepal, and much more he is our living legend as well.
We are all Pakistani love him very much and thank you so much, Mr. Akhtar, for doing such a wonderful effort for our country.