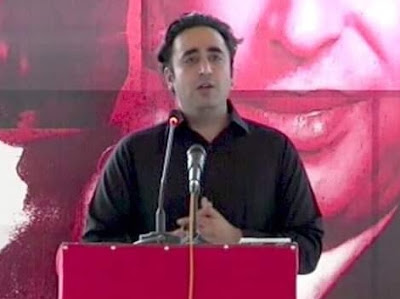 In these critical situations, all the political parties in Pakistan are in trouble.

So the chairman of PPP Bilawal Bhutto has declared that the PPP is ready to combat against the PTI government.

Because there was a scandal that occurred some days ago, the scandal was that the high pretension percentage ratio during Covid. As compared to their neighbour countries such as India, Bangladesh.

Further, he said that even if it would have to do resistance without the aid of other parties as well.

This is the fact that after the leak of the scandal of the government of PTI, Bilawal had a lot of confidence and doing too much for giving punishment to them.

At the start when Imran Khan become a prime minister of Pakistan Bilawal said that this is a scam he is selected, not elected.

In that time he started to gather all the proofs of selected but in vain. But after this high pretension scandal, Bilawal had a lot of aid about this.

Bilawal had a lot of confidence after the scandal of the PTI government. So he said that PPP is not to prepare to do opposition besides with other parties.

But is also ready to fight lonely as our party is sure that the PTI government will be give packing.

This is a fact that now the PTI government is under the pressure of sued of Bilawal Bhutto in these days PTI government are trying to defend their scandal as well.

Mr Bhutto Zardari while declaring a meeting at Naudaro House on the 42nd death anniversary of previous prime minister and PPP leader Zulfiqar Ali Bhutto some days ago.

You all know very well that Zulfiqar Ali Bhutto was a great leader. His one of the best example is that once he was going to the oil industry.

After a while, while walking on there when he was reaching to the mid of industry there anywhere oil and oil and machinery at there fire is not allowed.

So he was starting to smoke there then the manager command all the labour that stops everything. Because there may be threatened of fire.

After a while manager asks Zulfiqar Bhutto that plz sir remove this cigarette because foreign countries’ orders were prepared.

At that time Zulfiqar Bhutto tells a beautiful sentence that you have great natural resources of oil and you export all over the world as well.

So you should be bicott to that country and no supply of oil at that country who were not cooperating with you.

This is a great thing he further says that I also know that no smoking there and signboards are anywhere there.

Why still don’t think that why I am still doing smoke there. Manager and all other labour would be understood all the matter that he was telling us.

The issue is still there and the case of high pretension on the PTI government has not been still solving so Bilawal Bhutto declared that on the demand of some members of PDM.

Because the aim of PDM is also that Imran Khan is not Prime Minister it must be a scam.

The party at its central administrative committee gathering would be debate the issue of resignations from meetings.

Further, he said that we will grip the government who is responsible for price hype and we will also make them accountable for the deal between PTI and IMF.

Bilawal said that by doing all this we will be able to break this selected government and after some days all the things will be in front of you.

All Pakistan is now waiting for the decision of the court because there are a lot of fans of Imran Khan and Bilawal Bhutto as well.